​He is a dedicated performer, having toured throughout the United States as a puppeteer, performing and conducting classes and workshops with adults and children of all ages. Vincent toured schools throughout Western New York, conducting assembly programs for Western New York United Against Drug and Alcohol Abuse. He performed as a member of the HandsDown Puppet Theater of Buffalo, NY and worked extensively with award-winning Das Puppenspiel Puppet Theater of Westfield, NY. Vincent has performed at the Louisville Children's Theater (KY), the Birmingham Children's Theater (AL). Artpark (NY), Chautauqua Institution (NY), the New England Puppetry Series (MA), with the Lake Charles SymphonyOrchestra (LA) and with Red [an orchestra] (OH), with renowned puppeteer Basil Twist. Vincent performed at The White House for President Ronald Reagan and First Lady Nancy in the "Salute to the President". He is a founding member of "The Eclectic Circus" performance ensemble, "The Shattered Shakespeare Company" and "The Dickens' Carolers", a four-part harmony, a capella vocal group. He is a founding member and Artistic Director of the "Great Lakes National PuppetTheater". An extremely versatile performer, Vincent has performed as a professional musician for more than thirty years, playing a wide variety of instruments and musical styles and performs as a professional magician and clown.

Vincent Polowy (Guitars, Banjo, Keyboards, Bass Guitar, Percussion, Vocals) has been performing since he was five years old. Since then, his love for music, magic and the performing arts has grown, as well as his knowledge and ability. He is a member of The Magicians Alliance of Western New York (MAWNY), Puppeteers of America, The Puppetry Guild of Northeastern Ohio, and is a foundingmember of The Gathering, an organization dedicated to magic and theperforming arts.

He has performed all across the United States at theaters, schools, universities, festivals, renaissance fairs and at major theme parks including Sea World and Six Flags. 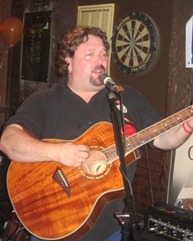 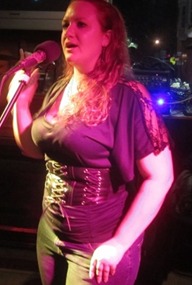 Celtic Music with a Twist... 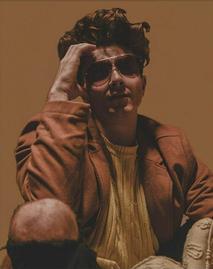 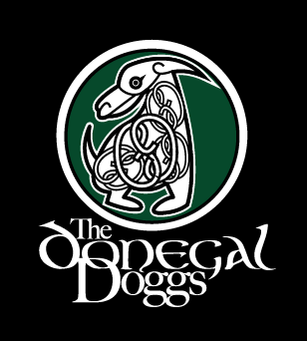 Nathan Muhlbach (Drums, Percussion, Guitar, Vocals)  is a young, multi-instrumentalist, who has been performing professionally for the past eight years. He has played drums with several Cleveland area bands, performing a wide variety of musical styles. Nathan plays guitar and sings, as a solo performer and writes his own, original music. He is also a percussionist with "The Plunder Doggs", a "pirate-themed" musical act that performs at medieval and renaissance festivals across the country. He is also active in local musical theater programs. 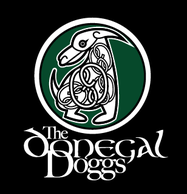 Jenny is a member of "The Gathering", an organization dedicated to magic and the performing arts, as well as The Puppetry Guild ofNortheastern Ohio. She is a founding member and Associate Director of the "Great Lakes National Puppet Theater". She has technical credits at many Cleveland, Ohio area theaters, as well as with the national touring company of "Cats". Jenny is thrilled to be able to share her love of Irish music with audiences of all ages.

Jenny O'Boyle (Vocals, Bodhran, Percussion) first became interested in performing by participating in plays and musicals while in high school. After graduation, she attended kent State University, where she majored in Fine Art. A former child-care specialist, Jenny enjoys performing as "Trixie the Clown", where she has the opportunity to entertain children and adults alike.  She performs as "Red-Handed Jenny" in "Droolin' Jack's Comedy/Danger Show", as "Mad Molly" in "The Plunder Doggs", a pirate-themed, comedy/music show and has performed at festivals across the united States including; Sarasota Medieval Fair (FL), Wild Rose Renaissance Fair (PA), Great Lakes Medieval Faire (OH), PittsburghRenaissance Festival (PA). Jenny performed with "The Dickens' Carolers" and as vocalist with "Lively Strings".